What are DDoS Attacks?

Distributed Denial of Service (DDoS) attacks are one of the most powerful ways to disrupt the proper functioning of a web server. The general principle behind most DDoS attacks is the same: to overwhelm a victim’s web server with excessive traffic such that the server machine or its networking infrastructure is unable to handle the load.

This is analogous to a paper shredding machine. Imagine that the machine is capable of shredding up to five sheets of paper in one go. This machine has been continuously shredding less than five sheets of paper for weeks without a problem. One day, someone deliberately puts a thick stack of sheets (say, 50 pages) into the shredding machine, which far exceeds its shredding capacity. The machine is jammed and can no longer accept paper for shredding. A DDoS attack works similarly by deliberately clogging up a web server and its infrastructure with traffic that exceeds its maximum capacity.

Sometimes, a web server may be overwhelmed by legitimate traffic (e.g. a popular shopping website carrying out a massive limited time sale) and thus exhibits symptoms similar to a DDoS attack, such as extremely slow loading of a website or a complete shutdown of the web server. A real DDoS attack comprises malicious web traffic that is intentionally sent by an individual or a small group of people to disrupt service.

How are DDoS attacks carried out 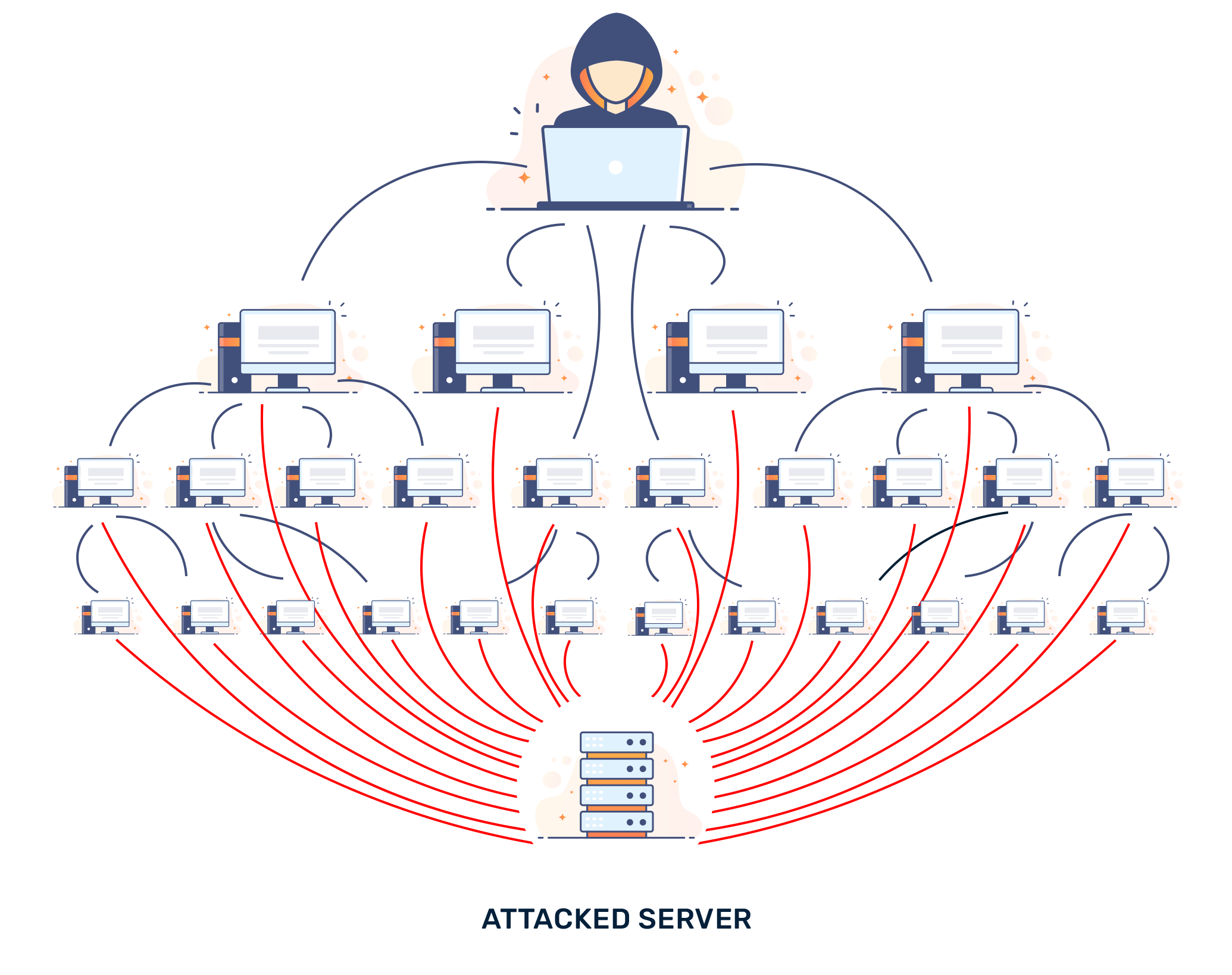 The actual owners of these zombie machines or bots may not know that their machines have been compromised and are part of a botnet. Compounding the problem is the millions of Internet of Things (IoT) devices on the open web. They function like simple computers — but are connected to the Internet with little-to-no security, making them easy targets to become zombies or bots. These result in botnets with tremendous amounts of bandwidth that can instantly render unprotected servers offline.

Through a botnet, an attacker can launch DDoS attacks on a victim server by commanding all the zombies or bots in the network to send traffic to the IP address of the victim server at the same time, often over a sustained period. Because these zombies or bots tend to be legitimate machines, it is usually difficult to distinguish botnet controlled traffic from legitimate Internet traffic. DDoS attacks can be carried out at different layers of the seven-layer Open Systems Interconnection (OS) model, depending on the type of the attack. Some of the more common attacks include:

Sophisticated DDoS attacks do not merely attack a single layer, but combine attacks on multiple layers.

A Distributed Denial of Service attack is a category of attacks that target multiple areas on a server.

The "Transport Layer" handles traffic between hosts and clients (TCP/UDP).

The "Application Layer" is where applications or web pages are run; they face the "end user."