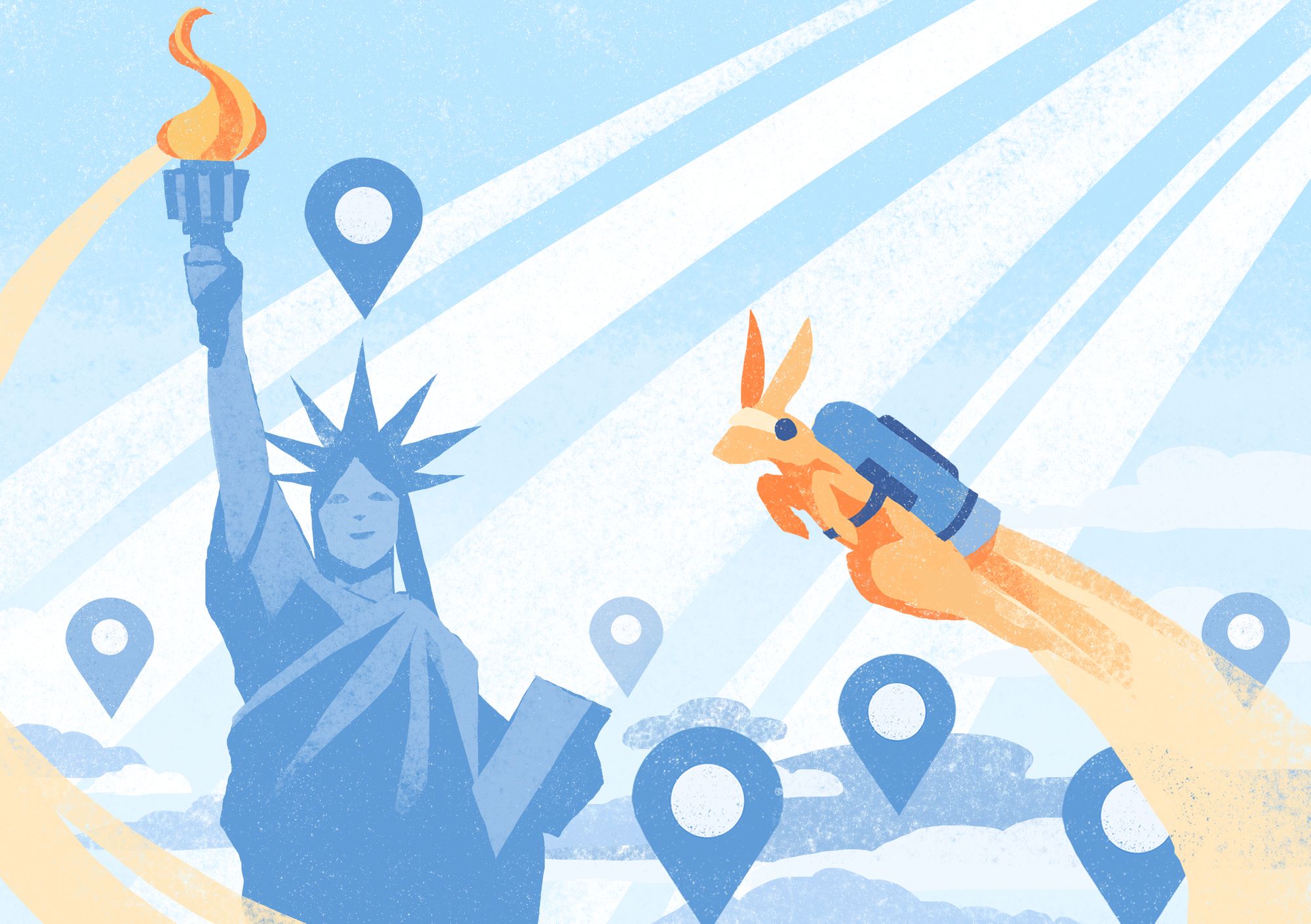 We have been hard at work for the past months improving the performance of BunnyCDN in the United States. We are excited to announce that over the past weeks, we have managed to improve the performance and routing inside the US for as much as 20%. The results can be seen in PerfOps that monitors our performance with real user tests.

BunnyCDN uses a technology called GeoIP to map a users's IP to a physical location on the map. GeoIP is usually very accurate on a country level, but much less so on a city level where the accuracy only ranges between 50 to 80%. This is made worse by the fact that most DNS services do not forward the actual end user's IP. Due to the large size of the US, many different ISPs and 9 PoPs inside a single country, the US is especially problematic. In the past, it was easy for us to route the user to the wrong location which added latency and increased performance. In most cases, this wasn't a huge error, but sometimes a user would be routed to the other side of the country entirely.

It was a big no-no for us, but for a long time we didn't really have a good technical solution. We could have worked around this by using anycast routing, which instead uses the network topology to route the users to the closest logical PoP, but such systems are tricky to maintain and can cause more harm than good if not done perfectly. We wanted to find a better solution.

After months of experimenting and tweaking, we released a system that combines the power of anycast, latency based routing and GeoIP technology into a single system. Each of our PoPs now tests hundreds of thousands of destinations and goes through hundreds of lines of code to determine which of our 9 PoPs will the best fit. With some magic, testing and more testing we made it all play together and the results have been amazing so far.

Another thing we are very excited about is that the new system finally allows us to further expand our presence in the United States without worrying about routing issues. It's definitely something we are looking forward to and our recent Ashburn expansion was just the first step in this direction with more coming in the future.