Bitrate: What it is and what does it tell us?

In computing - or more specifically in streaming - bit rate, or bitrate, is the number of bits that are transferred or processed per some unit of time. Bitrate is often measured in bits per second (bit/s also bps), where large values are presented with SI prefixes also known as metric or decimal prefixes, thus:

In practice bitrate effectively determines the quality level of media (audio or video) that is being streamed over the network. In general audio streaming, bitrates are set up to around 160 kbit/s depending on the encoding and protocol used and easily handled by most networks today. Video, however, demands much higher bitrates to achieve the wanted quality.

In video, a higher bitrate enables higher image quality in output, due to the higher amount of data being transferred per time unit. The bitrate influences the video file size for local viewing or the minimum necessary network bandwidth of the user for the uninterrupted viewing experience of the streaming video. The following table presents approximate video bitrates for common video presets:

Video quality also depends on the use of adaptive bitrate and specific encoding, resolution and framerate. 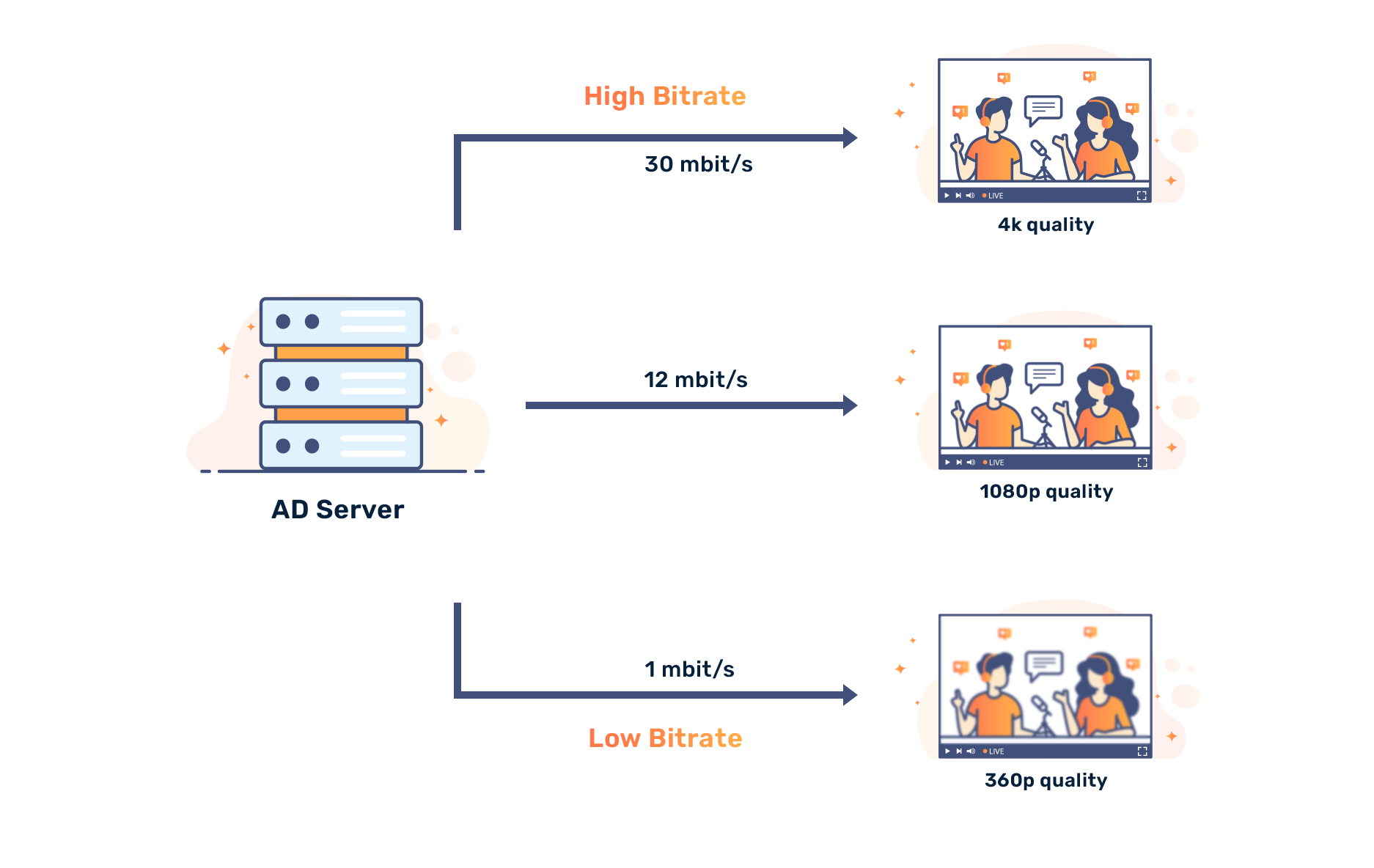