Designed by the Interactive Advertising Bureau (IAB), the “Video Ad Serving Template” (VAST for short) specification provides guidelines that ad servers, publishers and video players should follow. The VAST standard has numerous versions of its specifications, but the current (latest) version was released a small number of years ago (in 2019).

Having said that, the advertising specification is retrieved by a video player and the advertising provider, in theory, returns a XML response in a standardized format that most — if not all — VAST-compatible players should understand. Exploding media consumption online means that advertising publishers (i.e. webmasters or companies looking to monetize video content) are more and more compelled to display advertisements in their videos. As such, the standard provides seamless integration with a large number of both open source and paid video players (which also means that publishers can easily slot in a validated tag into a player’s configuration and ads will simply begin to play). 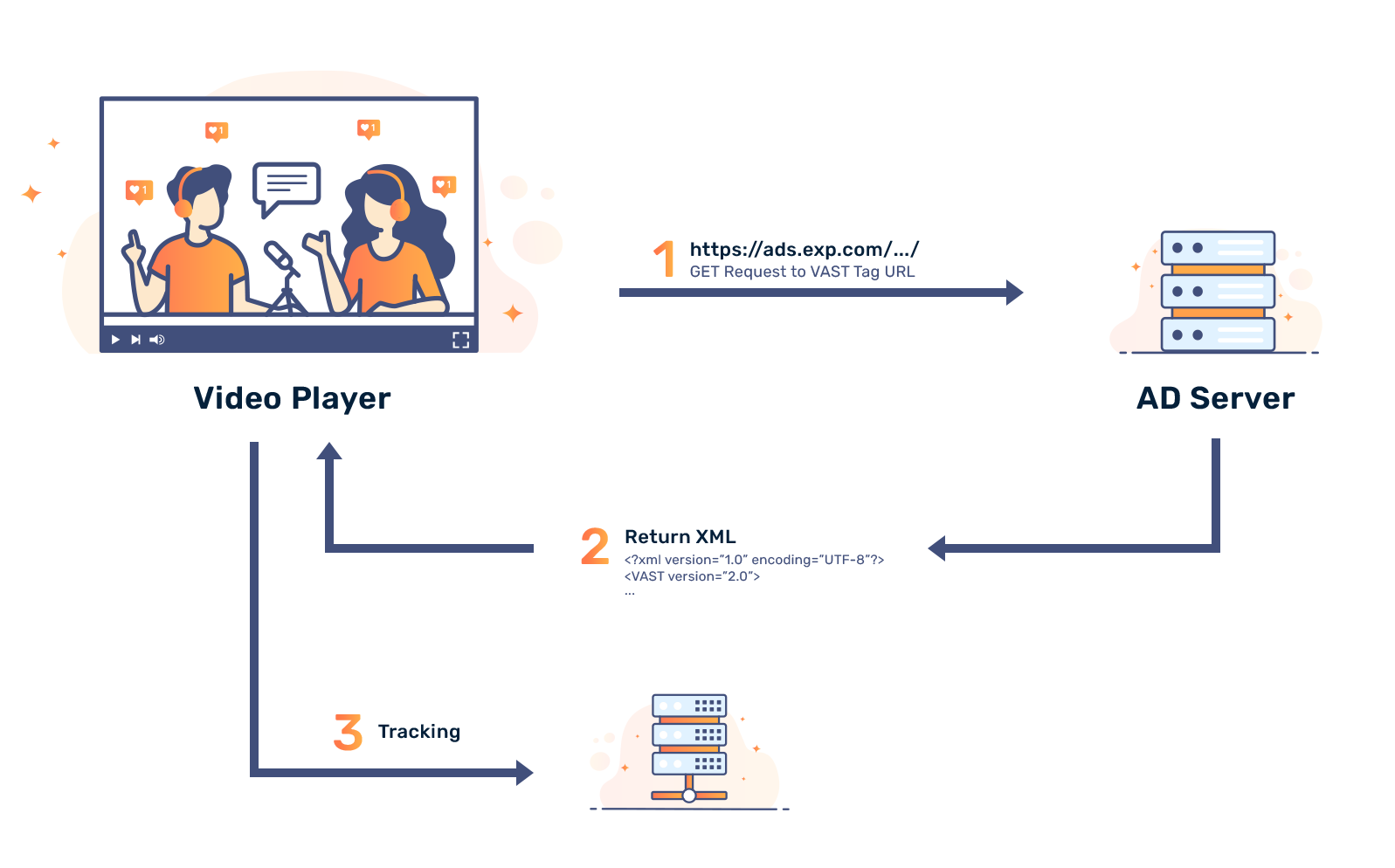 As mentioned previously, player must first go through the following steps:

As VAST is a standard designed to operate with any compatible video player, it can also function with players that support HTTP Live Streaming standards (e.g. HLS, MPEG-DASH). Simply put: with a player that supports both VAST tags and live streaming protocols, ads will happily be shown on both static and dynamic (live) video streams.

The VAST specification is a standard that unified many players in the last decade with the plethora of advertising providers (Google Ads, Verizon Media, to name a few). Other benefits include:

A fixed standard that does not change between advertising providers (leading to higher stability and lower implementation costs) The ability to provide accessible ads with VAST >4.0 (closed captioning) Easily verifiable, leading to lower advertising errors and higher ad revenues*

The VAST (Video Ad Serving Template”) specification, was created by the IAB group and launched in 2014. The standard provides advertising companies with the ability to serve ads on a large number of players (which means that ads can be served on players that webmasters can select rather than being locked into a single proprietary video player). Furthermore, the standard changes infrequently, allowing for low development costs for video players (including open source ones). All of this combined leads to a unified experience for both advertising companies, consumers and the publishers that wish to monetize their content.

XML, or eXtensible Markup Language, is a data format used to communicate between APIs and services.